I recently devoured a show on Netflix. You may have heard of it. It’s a popular show on Showtime called Shameless.

When I say devoured, that is exactly what I did. I loved the show. With in five weeks, I saw 6 seasons.

But during my marathons, I noticed that as much as I loved the hilarious drama filled roller coaster of a show, it was starting to affect me.

Whenever an episode would reach a pivotal event or something would not work out like it should (which was all the flipping time), it would send me into an emotional turmoil. I would be grumpy and moody. I would be depressed. I then would HAVE to watch the next episode and the next. Just to fill some crazy non-existent void. There were even time were I would take breaks because the emotional chaos unraveling before was just too much to handle. I think, and stay with me here, I was copying a lot of the emotions of characters and reliving them in my own actual real life! Do I sound crazy or what?

That has to be insane. Who does that?!? I started realizing what I was doing and how bad it would be. For example, one of the main characters Fiona is just basically on self-destruction when it comes to her own happiness. She implodes herself on purpose! Well I started taking out her anger on thoughts on my own spouse. Like if he actually deserted me the way character deserted Fiona in the show. Insane. I am even embarrassed to talk about. So I started to take it slower in these episodes. I put less emphasis on them. I would sleep rather than watch an episode. I would go out side  rather than watch a episode.

I finally finished yesterday. And I handled the devastating end with calmness. In fact, I was so distracted with ACTUAL real life that I didn’t give the show much thought after I watched it. You know, like a normal person.

Then I got Instagram, Twitter, Snap chat etc and followed every character and anything having to do with Shameless. 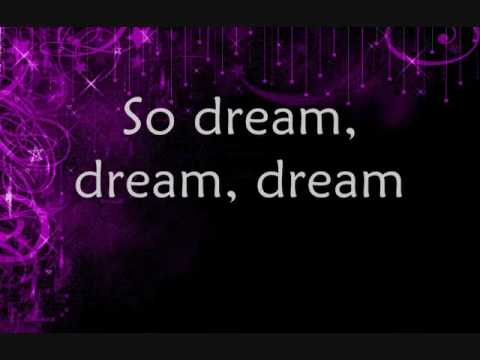 If my husband cheats on me one more time in my dreams, I will have to castrate him in the subconscious world.

I have no idea why I dream about that. It happens a least twice a month. Perhaps its a fear of mine which is weird cause even though that was happening in my dream, I was more concerned about getting myself and my friends coffee.

Dreams are weird. People say they have no meaning. Others say they do. The few dreams I have shared with Gus, he mentions that it sounds like its a fear.

I know in real life Gus would never do that, but deep in the back of my thoughts, I do realize that it is a general fear that things could go south. Which is ridiculous cause nobody has control of such things, and I know that. To conclude, I guess I am just concerned to lose one of my treasures: Gus.

If this continues I may have to start watching scary movies just to guide my subconscious elsewhere. Witches killing off a family and seducing a daughter to join the dark side is probably much better for dreams. I could use the excitement!!

Secretly I am starting to hate the holidays. I hate having to go Walmart, buy all the groceries to make the Thanksgiving feast. Then cleaning…. I feel like all I do is clean. So I will clean for everyone to come over and then clean again once everyone is gone. I am annoyed with the casual talk. Its nothing meaningful to me. Because the people who are there…. why are they even there?

They will eat and then run off to their real family and friends and I will be left with pots, pans, and food on the floor.

It hasn’t even begun and I am over it. I wish we could just fast forward through til Friday and I can start enjoying my days off.

Maybe I am getting older at a faster rate than everyone else.

Or maybe I am just tired of going along with this joke and rather just have things as they are. I am alone.

I recently finished reading The Shining and another entitled The Long and Faraway Gone.

Both were good books. Thrilling, suspenseful, and interesting. And it felt so good to read again. I feel like I haven’t had time to do anything. Yesterday, I saw a movie. Again, I felt like myself again and not running through the masses like chicken without its head. Go here. Meet here. Practice here.

I can’t say what exactly is my genre of book that I favor. I know for sure I am not into romance. I despise the sleazy art work on the cover of those books. With my books, I want a good story. I want a lesson. I want thrill or pain. I want an explanation or no explanation at all.

So for the past few minutes, I have been going through countless of books (on discount) looking for something that might interest. I am sadly a judge by the cover kind of person. However, it hasn’t steered me wrong yet. But my picky-ness has made me incredibly picky when it comes to reading.

Some of my favorite books are I Never Promised You a Rose Garden, Pillars of the Earth, The Alchemist, The Good Earth, White Oleander, and many more.

So any recommendations you can give me will be much appreciated. I need to find a book that will sustain a four hour practice today in the cold.

And I am not even that good at it….

But I miss it . So I am going to try to get back into it.

Lately, I have been living on the field. I live on the football field where Ryan now plays tackle football and Savannah and Sienna cheer. I have to say all three are actually good at what they do. Ryan has been managing at least 2 touchdowns a game, at least a fumble recovery and tackles galore. If he was on the wavier wire, I would be picking him up! The girls took well to cheer leading surprisingly well.  Sienna was always flexible so this is just so easy for her. Cheerleading has made a leader out of shy Savannah. So things are coming along well.

Well this wasn’t much but I am going to try to be here more especially  with something more interested to write about. But what counts is that I am here, just like I am here at work with Laryngitis and a touch of bronchitis.

The Wind in My Sail

Sometimes there are things in life that make you extremely sad. That devastate you, that take the wind right out of you. It’s like to know the course of the ship and where it’s suppose to go, but all these waves and harsh weather make it feel like it’s impossible to get to the destination. In my case, I know I will get there but I will be badly damaged. There are things that just can’t be helped. The way a person feels, the way things used to be, and maybe the truth that you already know.

I never been one to beat around the bush or linger in limbo but at this moment, that’s where it feels safer. I already know what’s going to happen. I don’t have to be psychic to see the damage that is lingering on the horizon. I feel it. I sense it. I know it. The way you see the sky darken and the clouds descend from the sky. The way you know that there is a storm coming.

There is a storm coming.

And I have no one to brace myself with. I am envious of  those around me that do. I am sick of seeing it. But like all things, you must swallow it and just move on. Cause that is all I have ever done. Move on.

There is no more time to review on what I could have done, or where I went wrong in the past. It doesn’t matter; and I’ll spend the rest of my life beating myself about it.

There are some really dumb shows on TV.For some reason, my husband is really into the reality ones that come out on Discovery and A&E like Big Catch or Moonshiners.

Have you seen that Amish Mafia one? Freaking stupid!! I can’t believe people watch it!! It’s absolutely horrible that it is funny! If there is an ounce of truth in the show, these must the stupidest people ever. Yes, there are shows like Honey Boo Boo that are dumb as well. But that’s the purpose of those shows. So when you watch them, you can sigh a breath of relief that you are doing something right. Shows like the Amish Mafia are trying to be serious and act like they are so hardcore.

My husband over the years has really been into this one show called The Devil’s Ride.

Its about a biker gang, The Laughing Devils,  and  their reign in San Diego. Up until recently they were the most popular and biggest gang there until an ex-member decided to start his own rival gang, Sinister Mob, with the same colors!! So now, both gangs can not co-exist. It just can’t be done.

Do they do illegal things? I haven’t watched enough to say yes. However, I saw last night’s episode and rival gang Sinister Mob went around beating the tar out of members of Laughing Devils. And they showed it. Happily.

And I am just wondering, is this for real? Where is Hell’s Angels show? Would they be stupid to air all their activity on Discovery? I don’t know how real this show is. So far all the information verified that these are real bikers with a real gang. If that’s true, then why aren’t the San Diego police pounding on their doors?

Another thing too, these bikers talk a lot of shit. A lot of the show is about them planning and planning and raising hell with words, puffing their chest out acting all bad ass. BUT THEN NOTHING HAPPENS!! Yesterday, there were actually fists raised but I think that was the first time I have seen that and not just talking about it. This show is an embarrassment to bikers every where I bet. It’s almost cringe worthy.

I watch another episode tonight.

Yes, I am still watching it. Everyone likes drama!! I am hoping someone cries!!