It was suggested to me to see a movie called The Warrior’s Way.

Yuan, an assassin and the world’s finest swordsman, kills an entire clan but when he also told he must kill the baby of the clan, he refuses. Knowing full well that he disobeyed the order, he packs up and leaves China to find an old friend in the Wild West rather than kill the infant queen of a rival clan. He carries the baby to his friend’s desolate, broken-down town; the friend has died, so Yuan reopens a laundry and settles down, hanging wet clothes, growing flowers, raising the infant, and finding himself attracted to Lynne, a red-haired woman with a tragic past. Lynne is played by Kate Bosworth.

I would tell you who Yaun is played by but it wouldn’t matter. I still don’t know him.

He begins to learn a different way of life, one without constant war and bloodshed. He keeps his sword sheathed knowing that if he used it, his enemies would find him. As he put it in the movie, “The souls killed by the sword would sing.”

However, there are a band of local rebels that terrorize the towns in the area. They are responsible for killing Lynne’s entire family.

The head rebel of these clans men looks for woman with perfect teeth and those are the ones he picks to have sex with. I can only assume. You don’t ever get to that part in the movie. You can assume….

Lynne, was very young, when she was picked by Colonel (the head rebel guy) but she escaped by throwing some potatoes that were cooking on his face, burning him. He then shot her and her entire family. However she pulled through, she began throwing knives in hopes of getting revenge.

First glance it looks kinda cheesy… like one of those Kung Fu movies with the bad bad dubbing.

Hey I like those movies!! They are great for those days when you are clinically depressed!

From onward, the  scenes give you the impression that are watching a rejected Crouching Tiger, Hidden Dragon like movie. However it gets better.

The baby helps. The baby girl is the cutest baby ever. Every scene that you see her face, I guarantee you will utter the words Awwwwww. 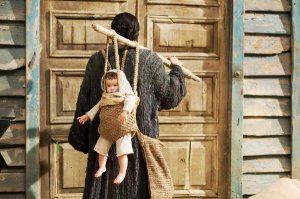 The other members of the town are kinda creepy. They are like circus people. There is a little person, clowns, a bearded lady all kinds of weirdos.

I am pretty terrified of all things circus so that was really eerie to me ever though they are nice people to Yuan and the baby.

So it’s basically Cowboys and ninjas  and ….

There is however awesome cinematography, photography, music, and exceptional sword and knife choreography. The acting and dialogue are also very good. And, humor comes in from time to time.  It also feels like several movies wrapped into one. Like there are elements of the Good, Bad and the Ugly, Hit-man, Crouching Tiger Hidden Dragon, and perhaps Kill Bill as well.

A pretty good one.

I wasn’t regretting an hour and forty minutes of my life so that’s good.

Thursday Movie Review- Something to tickle the funny bone!!

I had no idea what I should watch for Thursday’s Movie Review. There are so many movies I wanna check out but I was wondering what would be blog-worthy.

I have been really wanting to watch this movie and now that it’s on Netflix. I was ecstatic.

Presenting….. I Love You Phillip Morris. 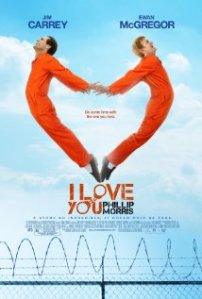 It is an unusual comedy starring Jim Carey and Ewan McGregor. It’s about a charismatic conman’s journey from small-town businessman to flamboyant white-collar criminal, who repeatedly finds himself in trouble with the law and all the  brilliantly escaping from the Texas prison system on four separate occasions – all in the name of love.

starts off with a regularly ole life. He is married to a loving Christian wife, is involved in his church, a great job in the police force, and a daughter. Just one thing; He is a gay. And he is hiding it from everyone.

After a near death experience in a car accident, he realizes that he is tired of living a lie. He wants to be who he truly is. GAY!

He begins to live life to the fullest, but soon realizes that being gay is kinda expensive.  He begins to commit fraud in order to live extravagantly for his then boy friend and himself.

However it all catches up to him and he is thrown in jail. And there is where he meets the love of his life, the kind-hearted, soft-spoken Phillip Morris played by Ewan McGregor.

His devotion to freeing Phillip from jail and building the perfect life together prompts him to attempt (and often succeed at) one impossible con after another.

Told with an uncanny sense of humor and a lot of heart, “I Love You Phillip Morris” is an oddball tale.

And you know what?

It was hilarious. Emotional when it was supposed to be, and you end up rooting for the bad guy.

I am glad though that I did not wait to see this with my husband. He could not have handled the sex scenes that you don’t really see and all the touching and kissing.

It is a little crazy that two straight guys played the part of two gay guys (they are straight right?) but I think that’s what sells the movie the most. Why? Because Jim and Ewan did a great job. It was not over done. It wasn’t over the top. It was love … in a corky comedic kinda way. It’s totally believable!! 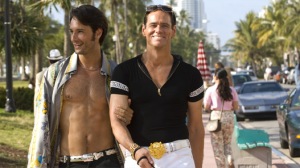 Their acting skills were superb!!! 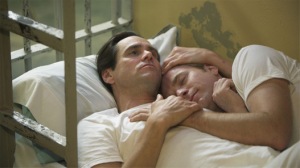 And Ewan is hot even playing a gay guy!!

One of my favorite parts was when Russell was conning a company that he worked for. He got invited to go golfing. As he is preparing to leave to go golfing with his boss and other executives, Phillip catches him leaving with the bag of gold clubs.

Phillip says, “I’m trying to be understanding, Honey, I really am, but …. golf? Why don’t you just eat pussy?”

OMG I lost egg rolls!! I love the boldness in this movie. Oh Ewan you got a dirty mouth!

I Love You Phillip Morris pushed boundaries and was consistently funny.

And you know what makes this whole even better??

Steven Jay Russell is a con artist and imposter known for escaping prison many many times.

Not only did they make a movie about this guy, but also last year, his crimes were featured in the TV show I Almost Got Away with It in the episode “Got a Boyfriend to Support.”

Ask yourself, would your loved one impersonate a lawyer, a FBI agent, and feign a heart attack all in the name of love?

Yeah mine wouldn’t either. LOL. 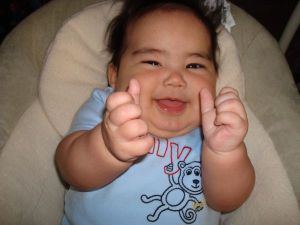 So if you have any suggestions, wanna see a movie but are too chicken, or whatever, let me know…. I currently am at a blank.
Taking your suggestions…….now!!

Wednesdays are crap for TV. I could watch Storage Wars but I never know when comes on and it’s just too much hassle to remember. So I was forced to make it a Netflix night. Netflix “thinks” it knows me and made the decision to recommend some movies to me under the Independent genre. So sure why not.

As I went through the list, I looked for familiar titles. I however am a person who judges a book by its cover type of gal. So I picked this movie.

The Babysitters  stars John Leguizamo and  Cynthia Nixon. It was about a young girl that babysits for a family. When the father of the family takes her home, they talk and have somewhat of a cheesy connection.

The next time she babysits, they do it. Groan! A little too quick for my taste but whatever. Can we the audience savor the moment?!?

Each time they have sex and he drives her home, he gives her “her babysitting money” which is like $200.  Yeah! I know! Soon he asks her if she has any friends that will “babysit” for his friends.  And so she basically starts a business in her school with a few of her friends and they make cash! They babysit a couples’ kids and then the father drives them home, then boom! They get it on! Shirley (the main girl) is their pimp! She even takes a cut from their earnings!!!

It’s too late to be a pimp myself, but imagine the power!!!!

However as she creates this lucrative business some of the girls try to start their own business on the side.  Then she becomes this ruthless madame and regains control. She does this all being calm, cool, and collective.

She has very smart rules and seems to know how to handle every situation. I am impressed  because she is only a senior. As a senior I couldn’t do algebra to save my life and she is running a business!!!

The whole time I am panicking cause I am waiting for shit to hit the fan. It does but not in the way you expect it.  When shit kinda hits the fan, the neighbors could hear me yelling, “Kids muffin ears!! Holy shit Holy shit!”

And then it kinda just all goes away…. like that’s how it ends.

I liked the movie. It was intense and interesting but it made me call my husband a hundred times. Each time I woke him up. I decided he was very sleepy and angry for being woken up and it was obvious he was not in the  mood  for having sex with someone. So I quit bothering him.

I give this movie a thumbs up. Watch it you are bored and want someone thing weird like teenagers having sex with fathers that are married.

Oh yea, there was a nude scene. Took long enough but it finally happened. It was nice. Especially since she had a nice flat stomach. Her boobs were big. I had to pause the movie because even though they were big they looked kinda weird. I am not sure what it was. I don’t know if one was bigger than the other or what. I don’t know if a nipple was lighter than the other. It could have been the lighting. If that’s the case , the director needs to get on that.

So I say sure why the hell not.

Moral of the story: Don’t fucking hire a babysitter!!